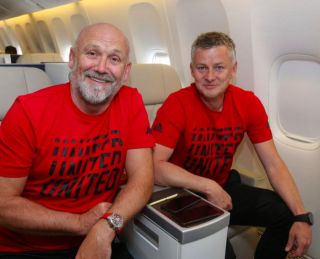 Manchester United have flown out to Australia for the start of the pre-season tour.

The Reds have included new signings Daniel James and Aaron Wan-Bissaka on the tour which kicks off with a game against Perth Glory on Saturday.

The Reds play six games in total before the first game of the Premier League season at home to Frank Lampard’s Chelsea at Old Trafford.