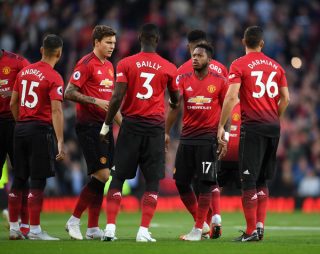 Manchester United have revealed their squad ready to fly out for their pre-season tour.

As expected, manager Ole Gunnar Solskjaer has selected a number of youth prospects, including James Garner, Mason Greenwood, and Angel Gomes. Axel Tuanzebe is also included after the youngster signed a new contract at the club.

New signings Aaron Wan-Bissaka and Daniel James have also both been selected for their first summer tour with United.

Paul Pogba, who has openly expressed his desire to leave the Reds, has been included in the squad. According to the Times, Solskjaer still sees the Frenchman as an integral part of his future plans despite reported interest from Juventus and Real Madrid.

Meanwhile Brazilian midfielder Fred is not in the squad, but Manchester Evening News reporter Samuel Luckhurst explains that he is preparing to get married.

The Reds are preparing to fly out to Australia for games against Perth Glory and Leeds United.

Fred is believed to be getting married next week, even though he appeared to have got married last year 🤷🏼‍♂️ . His wife has been posting about wedding plans recently. #mufc