Manchester United goalkeeper Dean Henderson has confirmed he will not be part of the club’s touring party this summer.

The England u21 international revealed on Instagram that he has just arrived for his holiday following Aidy Boothroyd’s side disappointing European Championships group stage exit. 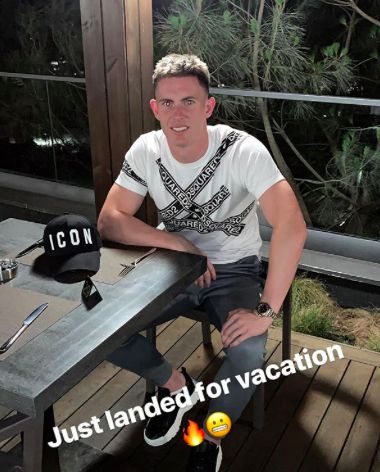 Manchester Evening News report that Henderson is still in talks with newly-promoted Sheffield United over a loan deal for Henderson, after the youngster helped Chris Wilder’s side reach the Premier League last season.

Henderson is a very highly-rated goalkeeper and still has a future at Old Trafford. First-team exprerience in the Premier League next season could prove invaluable for the 22-year-old.

As suggested by Samuel Luckhurst below, Henderson’s absence implies the Red are confident of David De Gea’s new contract.

The Sunday Mirror revealed that De Gea is ready to sign a new five-year contract to extend his eight-year stay at Old Trafford.

Dean Henderson’s absence possibly indicates #mufc’s confidence in De Gea signing a new contract. Henderson was on standby to go on tour but now on holiday. Joel Pereira steps up after not appearing to be involved in first-team training this week (Kovar was training on Friday).