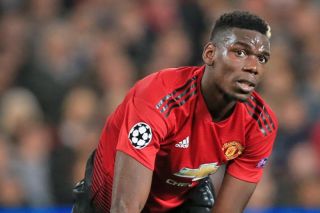 By stating that the player is NOT for sale at any price, the Red Devils are sending a warning to interested clubs that they will need to persuade them by bidding a considerable amount of money.

Pogba is United’s biggest marketing asset on the pitch, so even though he hasn’t performed at the levels expected when he rejoined from Juventus in 2016 he still makes the club lots of money.

After winning the World Cup last summer Pogba returned to United and immediately faced the wrath of José Mourinho and their relationship continued to worsen.

Pogba was stripped of his vice-captaincy role and then the rumours about his future gained momentum. He felt restricted by Mourinho – and may want to shift most of the blame on the Portuguese coach for his lack of consistency — but that won’t wash with United fans who saw his form nosedive again under Ole Gunnar Solskjaer after a brief period of sublime performances.

“In public, Manchester United are saying he’s not for sale but they also have a problem because that contract year-by-year is going down and down. There’s only two years left on it now with an option of another year – if United don’t sell him now his value is going to diminish unless he signs a new deal and that doesn’t look like happening.

“We’ve been told United are looking for £150m for him. Real Madrid have problems with Financial Fair Play because they’ve spent so much money already this summer but I think if they want him they’ll find a way of structuring a deal to get him.

“The other club who want Pogba are Juventus, where United signed him from, but again I don’t think Juventus can afford to pay £150m. I’ve been told that the maximum Juventus could afford to pay for him would be about £89m.”