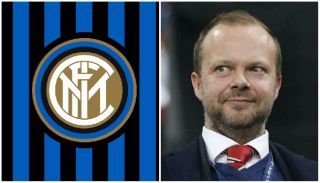 Inter Milan are reportedly set to up their pursuit of Romelu Lukaku as they hold talks with Manchester United vice executive-chairman Ed Woodward next week.

Antonio Conte has took charge at Inter and is believed to be prioritising a move for the Belgian striker, so a potential deal has been touted in the media throughout the summer.

Although Lukaku struggled last season, scoring 15 goals in 45 appearances for United, it appears as though Conte still wants to take the 26-year-old to the San Siro. Perhaps they believe he will suit the Italian league with Inter actively trying to sell Argentine forward Mauro Icardi, who Lukaku is likely to replace.

READ MORE: Man Utd set to miss out on £40m-rated playmaker headed to the Premier League

As reported by Goal Italy, via the paper edition of La Gazzetta dello Sport, Inter are ready to get the ball rolling now that Juventus have expressed an interest in Lukaku.

United are holding out for £75m but Inter have been unable to afford that yet. They will hope to negotiate some sort of deal with Woodward, although he should turn around and demand the money straight up.

In contract, Inter wanted to seal an initial loan agreement with an obligation to buy.

The Red Devils haven’t got time to mess around because if Lukaku leaves, Solskjaer then needs to find a replacement and Sevilla’s Wissam Ben Yedder is not a bad shout.

The Express claim United have everything agreed with Sevilla to sign the French striker.