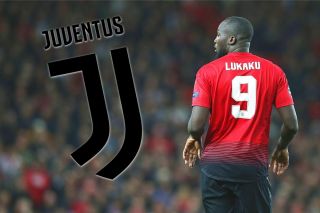 The Romelu Lukaku transfer saga is getting tiresome. We know the player wants out and that there’s reported interest from Italian clubs, but Manchester United have a decent centre-forward so they won’t feel any need to rush his departure with three years remaining on his contract.

According to reports in Italy, Juventus are the latest Serie A outfit to have made contact with Lukaku over a potential transfer.

The 26-year-old is alleged to have reached an agreement to join Antonio Conte at Inter Milan, but the two clubs have yet to meet common ground on a transfer fee. If that continues Inter could risk missing out on Lukaku, especially if reports (via Radio Marte, cited by Calciomercato) suggest they have competition, from Napoli too.

Sky Sport Italia claims that Juve have approached United to ask about the striker as they consider hijacking Inter’s move for Lukaku.

With former Chelsea boss Maurizio Sarri now the manager at Juve, it will be his job to continue their quest to win the Champions League and they’ve already signed Adrien Rabiot, Aaron Ramsey, Merih Demiral, Luca Pellegrini and Gigi Buffon.

But by adding Lukaku, who does he replace in Sarri’s starting eleven when last season, albeit under Massimiliano Allegri, Cristiano Ronaldo was the main front man. The Portuguese star is best as a striker these days – so is Lukaku going to leave a club where Marcus Rashford is fancied, for a side with Ronaldo are leading the line?

This could be a tool for United to use if they want to be done with this transfer circus? Solskjaer needs to sell the players who aren’t interested and Lukaku clearly wants to be elsewhere to guarantee a more prominent role.

Footballers take advice from all corners and Roberto Martinez made it clear during the last international break that Lukaku should leave Old Trafford.

If Inter see more clubs register interest in Lukaku it might make them try speed up the process of funding a deal United would accept. The Red Devils have already made it crystal clear that they don’t want an exchange deal, with the Metro suggesting that the Premier League giants rejecting an offer which included Mauro Icardi. The Argentine striker has tons of ability but is leaving the San Siro club under a very grey cloud, with an outspoken wife/agent who isn’t afraid to express her thoughts.