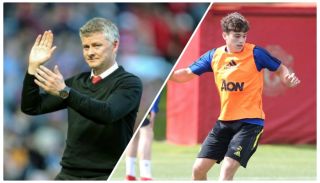 Ole Gunnar Solskjaer has revealed new signing Daniel James has been impressing in Manchester United training since his summer arrival from Swansea City.

“Daniel has already set the marker and the standard on work-rate and attitude in training.

“Whoever you’re going to speak to later on, if you ask about him then it’s been a delight to see.”

We can’t wait to see James in action on pre-season tour. It’s been a while since United had a specialist right winger, who can hit teams on the counter-attack. The majority of our attacks have come down the left flank in recent years.

James was a recommended signing from Wales manager and Manchester United legend Ryan Giggs, who has been tracking his development in the Championship over the past year.

If he continues to keep his head down and working hard, the speedy winger has every chance to become a hit at Old Trafford.