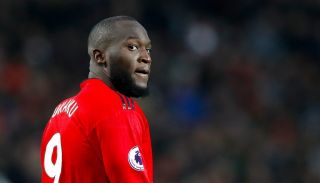 Napoli have entered the race to sign Romelu Lukaku, as per Radio Marte, cited by Calciomercato.

The Belgium international has been heavily linked with a summer move to Inter Milan after falling behind in the pecking order of strikers at Old Trafford.

Inter seemed to be Lukaku’s likely destination and the player himself admitted his desire to work under new manager Antonio Conte, who wanted to sign the striker at Chelsea before he left Everton for Old Trafford.

But the Milan-based club has failed to meet United’s valuation of £75m and now Napoli are reportedly keen to challenge their Serie A rivals for Lukaku’s signature.

The report claims Napoli president Aurelio De Laurentiis has contacted the agent of Lukaku and discussed the striker’s future.

Sources close to Stretty News add that Manchester United would be happy to keep Lukaku beyond this summer, but would also be happy if someone meet their valuation for the 26-year-old.