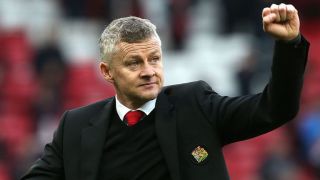 Manchester United’s television fixtures have been announced for the opening two months of the Premier League season.

Ole Gunnar Solskjaer’s side take on Frank Lampard’s Chelsea at Old Trafford on the opening weekend. The game has been rescheduled to a Sunday afternoon kick-off in what is the most eye-catching clash in the opening round of fixtures.

The Reds have a run of very winnable games in August and September to start the season. Solskjaer must start well next season to avoid pressure building after last campaign ended in a whimper.

Hopefully the United manager will have all his transfer targets in place  with the window shutting three days before our first Premier League game.

So far, Daniel James and Aaron Wan-Bissaka have been announced this summer.