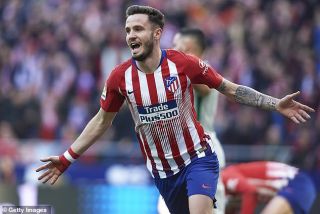 Spanish outlet AS, as translated by Sport Witness, report that United have contacted Saul’s entourage, declaring interest in the Spaniard.

Niguez is seen as one of the most talented midfielders across Europe, but would be a hugely expensive signing.

According to the report, United must pay the midfielder’s €150m buy-out clause to secure the transfer, as Athletico are unlikely to budge on price for their key man.

Niguez’s contract at the Spanish club ends in 2026, but the 24-year-old has been looking to increase his wages which could explain the links to the Reds as United’s name is often used in players’ contract negotiations.

It remains to be seen whether United are seriously interested enough to activate the player’s huge release clause, but it is clear the Reds need two midfielders this summer.

Youri Tielemans would be a far cheaper option then Niguez, but seems set for Leicester following his loan spell at the King Power last season.

#mufc have informed Saul Niguez's camp about their interest. The club see him as Pogba's replacement. He has a €150m release clause #mulive [as, @Sport_Witness] 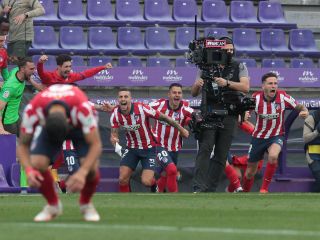