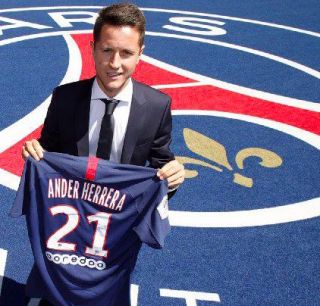 Fans have known about the Spaniard’s Old Trafford departure for a while now after his exit was announced on social media at the end of last season.

It seems Herrera was not offered the same terms by the Reds as PSG, where he is set to earn close to £350,000 per-week (Guardian).

The 28-year-old was a firm fan favourite at Old Trafford for showing passion and being tenacious in the tackle. However, his quality on the ball often let him down and meant he was not always a first-team regular at Old Trafford.

Manager Ole Gunnar Solskjaer will surely have identified targets to replace Herrera this summer, in what is key area of weakness for the Reds. Sean Longstaff and Bruno Fernandes have both been heavily linked to the club in recent weeks.

Check out some United fan reaction to Herrera’s move below:

The fact someone as average as Herrera is revered as some sort of Keane-esque figure just shows how far standards have dropped. https://t.co/SHUvZnu3uB

Thought Herrera was decent and no more for #MUFC. Needs replacing though. pic.twitter.com/sqiDMGKoVK

I think I fell so much in love with Ander Herrera playing for MUFC, my heart just skipped seeing him hold that PSG jersey, I can't stand looking at it. 💔

Thanks for the memories! pic.twitter.com/t3B48bJ6zm

Seeing Herrera go is harder than I thought 💔

Okay, Utd fans help me understand this. You let go of Herrera to give the likes of Phil Jones, Young extensions and Rashford a 150k/week wage??? Wow. #MUFC