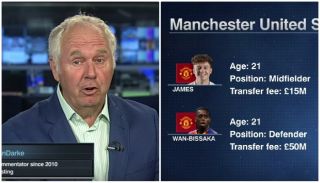 Ian Darke profiles each player before casting a verdict on United’s business to date.

And, with the aim for next season to get back into the Premier League top four, Darke questions whether these signings will be able to achieve that.