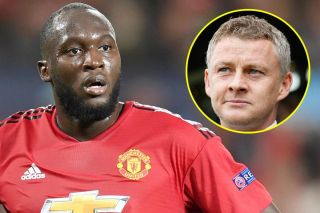 The Evening Standard claims United have watched Lyon’s Moussa Dembele and are among a host of clubs to enquire about Little winger Nicholas Pepe.

Pepe is definitely more of a winger than he is a striker – so it’s interesting to see how this ties in with how Solskjaer is looking to set up next season.

But one of them may arrival before the new season with Lukaku keen to join Inter Milan in a summer move. It is understood that the Belgium international wants his future resolved before the start of the club’s pre-season tour of Australia.

Lukaku wants to leave Old Trafford because he has not been given assurances about his role as the club’s main striker, Belgian journalist Kristoff Terruer told Sky Sports.

Inter are having complications affording Lukaku and need to find a way around it soon if Antonio Conte is to land his man for the 2019/20 campaign.

A good player but not the right fit for United.