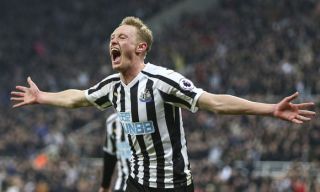 A piece from the Chronicle claims Manchester United have yet to make an official approach for Newcastle’s Sean Longstaff, but that the Magpies ‘could be tested in the coming days’ with Ole Gunnar Solsjkaer regarded as ‘definitely’ keen to sign the midfielder.

Longstaff, who has made 9 first team appearances for Newcastle thus far, has been strongly linked with a move to Old Trafford this summer, amid comparisons to former United midfielder Michael Carrick, now part of the coaching staff.

The midfielder area has been a cause of concern for United in recent years, despite making mega-money signings such as Paul Pogba, Fred and Nemanja Matic. Ander Herrera has left the club as a free agent, and it’s a popular opinion that Solskjaer needs at least two strong midfield additions this summer.

Longstaff belongs to the profile of players Solskjaer is said to be targeting this summer. The Norwegian wants to re-build this United side on young homegrown talent and he must believe that the Newcastle starlet has a bright future in the game.

United have already completed the signings for Welsh winger Daniel James and former Crystal Palace right-back Aaron Wan-Bissaka. A few more players in their early 20s would top it off nicely.