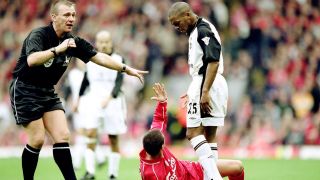 According to the Telegraph’s James Ducker, Manchester United are ‘preparing’ to announce that Neil Wood and Quinton Fortune have been placed in charge of the U23s.

This adds to the list of former players joining key positions at the club, a method to add a greater footballing influence at the club, with those who apparently understand its DNA.

Ricky Sbragia departed in May and wasn’t known to be very popular among fans who follow the U23s.

READ MORE: Opinion: Selling Diogo Dalot would be a mistake, Man Utd would be foolish to give up on promising youngster

Wood, 36, never made a senior appearance for the club but came through United’s academy. He will take over as head coach while Fortune, who made 126 appearances for the club will act as his assistant.

The structure of the club must change but first team manager Ole Gunnar Solskjaer has been made wait for a director to work as a go between for him and Ed Woodward.

It’s clear after years in the job Woodward is not best equipped to make football decisions, but sadly United are dithering over such an appointment.

Solskjaer knows Fortune as a former team-mate at United and the Telegraph states the pair have remained close ever since.

Yet the majority of the Class of 92 work in media and have never been shy to take aim at the club, especially when José Mourinho was manager.

Darren Fletcher, formerly of United, has been linked with the technical director post which would see another former player join the club in a working environment. Rio Ferdinand is another.

Just rumours for now, of course.