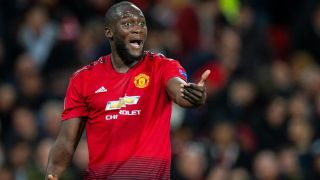 Romelu Lukaku is looking to move away from Manchester United this summer because he has not been given assurances about his role as the club’s main striker, Belgian journalist Kristoff Terreur told Sky Sports.

The forward has been strongly linked with a move to Inter Milan this summer.

But Inter are having complications affording Lukaku and that sees him at a crossroads.

It seems the reason for Lukaku wanting to leave Old Trafford is doing to becoming a second choice option under Ole Gunnar Solskjaer, as explained by Terreur.

“He’s been clear in his interviews he wants to leave,” said the journalist. “He doesn’t want to be second choice.

“That’s what he feels like under Ole Gunnar Solskjaer. He didn’t play that much when Solskjaer came in. He feels that he is second choice.

“Inter don’t have the money for the transfer. They can spend the money over a few years but that’s not what Man United want.

“They want the cash immediately and I don’t see them paying £75m or £80m. They can’t with their budget, so they will have to find a way around it.

So, it sounds like United aren’t too arsed. They will be happy either way.

Obviously it’s a shame it hasn’t worked out for Lukaku at United, but he still has a promising career ahead of him and Italy will suit the Belgium international.

It also sounds like Antonio Conte is adamant about bringing Lukaku to the San Siro, so he definitely wants to work with the forward, like he did prior to his transfer from Everton to United.

Solskjaer needs to find a replacement for Lukaku if he departs this summer because Marcus Rashford is not yet a 20+ goal per season finisher.