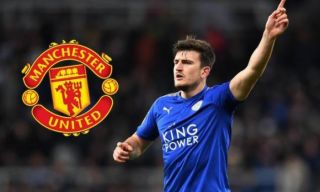 According to Sky Sports, Manchester United have moved ahead of Manchester City in the pursuit of Harry Maguire after upping their bid to £70m for the Leicester City defender.

This sounds like United are going all out to land Maguire this summer which is ultimately an underwhelming move.

Sky Sports don’t rule out a future offer from the Etihad, but state that The Foxes would welcome a bidding war from the two Manchester clubs for their most prized asset. Maguire himself is not pushing for a transfer as he’s happy at Leicester.

Going from being linked with some of the best defenders in world football to settling for Premier League experience isn’t going to get United where they belong.

Sure, Maguire is good in the air and with the ball at his feet, but he will be a target for opponents due to his lack of pace.

And, for the sake of £70m, this genuinely has me wondering how much Phil Jones or Chris Smalling are worth nowadays?

Maguire is a good defender but United need class to fix their problems at the back.

I wouldn’t put it past City bluffing here to make sure United get the worst possible deal for Maguire. The sort of technique Sir Alex Ferguson used before Liverpool signed Blackpool midfielder Charlie Adam in 2011, as reported by the Telegraph.

With Toby Alderweireld available for cheaper this summer, what are United thinking?