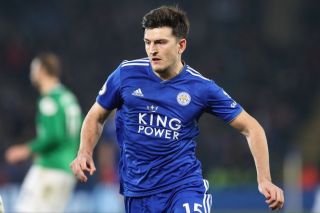 According to the Telegraph, Manchester United will have to pay more than £90m to sign Harry Maguire and make him the most expensive defender of all-time if they are to take him from Leicester City this summer.

United made a £70m offer today which was quickly rejected by The Foxes, but now it has emerged that no offers under £90m will be entertained by the club.

Maguire is still yet to return for pre-season having been granted an extra week’s holiday because of his extended service at the end of last season with England taking part in the National League finals in Portugal.

BBC reporter Simon Stone quashed reports earlier that said Maguire is happy to stay at the King Power Stadium beyond this summer. Instead, he’s heard that the England international would be keen to sign for one of the Premier League’s top six.

Maguire isn’t worth £70m, never mind an additional £20m. What are they smoking in Leicester?