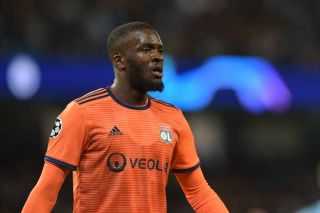 The Metro are reporting that Manchester United could hijack Tottenham’s move for Lyon midfielder Tanguy Ndombele as they are yet to agree on personal terms with the France midfielder.

It wouldn’t be the first time United went to hijack a transfer involving Spurs. We will all remember the time they had agreed to sell Bulgarian striker Dimitar Berbatov to Manchester City before the Reds turned the deal on its head, with the classy finisher ending up at Old Trafford instead.

However, Spurs have agreed on a fee with Lyon for Ndombele worth £54m plus £9m in potential add-ons (via Evening Standard), but more needs to be done before the deal is complete.

It is suggested that United would be likely to intensify their pursuit of Ndombele were Paul Pogba to leave the club, but the midfielder isn’t going to wait around for his counterpart to make a decision when it could drag on all summer.

Even if I was still a betting man, I’d advise you to not waste your money on this one. There’s little substance to the article and it hasn’t been backed up by any other media outlet.

United are seemingly working on a deal to bring Sporting Lisbon playmaker Bruno Fernandes in this summer. Spurs were said to be interested but have spent their time pursuing Ndombele instead and that would suggest these two clubs have gone their own way to prioritise separate deals, despite being keen on both.