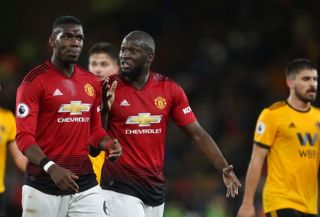 Italian reports suggest that Paul Pogba will attempt to convince Ole Gunnar Solskjaer he should be sold this summer amid interest from Real Madrid and Juventus.

Tuttosport say Pogba will argue that his loyalty to the club last season should be rewarded with a transfer.

That will make some fans laugh because although it was Pogba’s best season yet in terms of numbers, he clearly dropped his tools under José Mourinho and continued to show his high level of inconsistency under Ole Gunnar Solskjaer.

There was no willingness to be the leader people say he can be — when on international duty.

I’d like nothing more for Pogba to turn around and decide to stay if he was determined to better himself on the pitch and pick this United side up and away from mediocrity by demanding more from his team-mates.

That’s unlikely to happen as Tuttosport allude to in their report.

The Sun recently claimed that Pogba has already told several Juventus players that he wishes to return to Turin, while former Real Madrid and France midfielder Claude Makelele doubts Los Blancos could prize him away from Old Trafford, as per Goal.

It will be interesting to see how Solskjaer plays his cards if Pogba breaks it to him that he wants to leave this summer. He probably knows already but I doubt Pogba has told him directly yet.

Solskjaer will be disappointed. He probably thought he could build a team around Pogba – like the one before him!