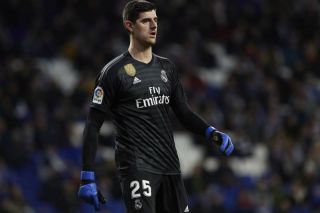 That’s according to Duncan Castles, who claims Zinedine Zidane does not have full faith in the Belgian international.

“I can tell you that Courtois was offered to Manchester United by Madrid as part of their attempts to sign Paul Pogba, obviously if that was able to be put into effect then they would need a starting goalkeeper and De Gea would come back into that discussion for Madrid,” Castles said on the Transfer Window Podcast, as quoted by the Daily Record.

NEXT:Solskjaer heaps praise on ‘one of most talented English players of generation

This move makes little sense on Man United’s part. The likelihood of Real Madrid signing Pogba as well as David De Gea this summer is extremely low, given the money they have already spent this summer.

Pogba has made no secret his desire to leave United this summer, but if Madrid is his chosen destination then United should be looking at other players in any potential swap deal. Isco would be the type of creative option the Reds need to strengthen in the midfield.

Courtois has not enjoyed a successful spell at the Bernabeu so far, and is not a goalkeeper the Reds should be targeting if they cannot agree on a new contract for De Gea.