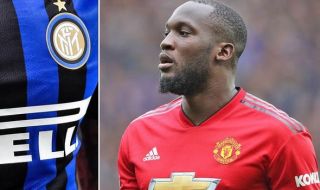 Sky Sports reported a few days ago that Lukaku was subject to an initial loan offer plus an obligation to buy.

The Serie A club’s offer was said to be £9m up front as two-year loan fee with an obligation to buy him for £54m at the end of the loan period.

However, according to Tuttosport, as cited by Manchester Evening News, the Reds are not keen on this deal for the Belgian, as the fee is spread over a longer period of time than they want.

It seems United want the money up front for Lukaku, which is understandable as the money could be invested in other areas such as a replacement attacker.

Lukaku has made no secret of his desire to leave Old Trafford this summer, and has said he is open to a move to Serie A.

It would not be a huge blow to see the heavily criticised Belgian go, as long as United can secure an adequate replacement that is more suited to manager Ole Gunnar Solskjaer’s style of play.

Wissam Ben Yedder could be an ideal replacement for Lukaku and reports state that the Reds have already agreed terms for the Sevilla star if Lukaku does depart.