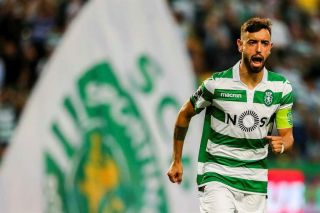 The transfer saga involving Bruno Fernandes continues to rumble on.

The Sporting Lisbon midfielder has been linked with Man Utd, as well as Liverpool and Tottenham this summer.

The latest development comes from Jornal de Notícias, as translated by Sport Witness, who claim the Reds have a plan to sign the 24-year-old.

United are reportedly not willing to pay Sporting’s €60m demand for the player, but will first attempt to agree terms with the player with a €5m per year salary, to force the Portuguese side to negotiate on price.

The report claims the Reds are currently only willing to pay just €35m for the midfielder.

This is not a deal United should be penny-pinching on and risk losing out to a rival club. Fernandes is exactly the type of player Ole Gunnar Solskjaer’s side needs after last season’s goal scoring problems.

Fernandes would add creative flair to the midfield and is not afraid to shoot when given the opportunity. Let’s hope the club can eventually agree a deal to make the player the club’s third signing of the summer, following moves for Aaron Wan-Bissaka and Daniel James.