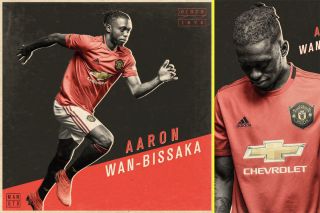 Apparently the agreement between Manchester United and Crystal Palace for the transfer of Aaron Wan-Bissaka was held up due to the latter demanding a 10% sell-on clause for the 21-year-old.

The signing was announced on Saturday – two days after Wan-Bissaka began his medical – with the full-back signing a 5-year deal.

An offer worth £45m plus £5m in add-ons was accepted by Palace earlier this week.

According to David Ornstein, a reliable and well-respected BBC journalist, who broke the news of an agreement being reached on Thursday, added on Friday night that the deal had been delayed because the Eagles wanted to ensure they received a 10% sell-on clause.

That will only come into play should United sell Wan-Bissaka for more than £50m in the future.

Ed Woodward and co may look at incoming players this summer and think about their young age and potential re-sale value, but for us it’s about Wan-Bissaka being our right-back for the next 10 or so years.

It may be a lot of money to shell out on a full-back, but he’s one of the best up and coming defenders in the top-flight and United were right to go for him.