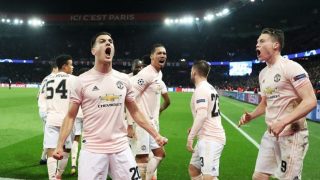 According to the Evening Standard, Portuguese youngster Diogo Dalot has been told by Manchester United that he can leave the club this summer.

The Reds have made some ridiculous decisions in recent years, but selling Dalot at this stage would be right up there.

Dalot had an impressive first season at the club last season, making 24 appearances after joining from Porto for £19m (BBC) last summer.

NEXT:Man Utd expect Christian Eriksen to be available for £80m this summer

Dalot showed promise at right-back, and in a more advanced role under current boss Ole Gunnar Solskjaer last season where he started on the wing in a number of games.

Aaron Wan-Bissaka’s arrival does not suddenly mean that Dalot’s future is in doubt. The 20-year-old has huge potential and we hopefully look forward to seeing him develop under Solskjaer next season at Old Trafford.

Check out some reaction to the bizarre report of Dalot’s exit below:

Diogo Dalot has been told he can leave, and #mufc will listen to offers for Marcos Rojo #mulive [evening standard]

Why would we let go of Diogo Dalot after one season when he’s 20 years of age i repeat 20 years old and can play in multiple positions. While Ashely Young, Smalling and Jones are welcome to stay. Talk about going one step forwards and two steps back😭 pic.twitter.com/JA4mU7ciof

Dalot’s young and can play either full-back role or on the wing. Can see he’s a bit suspect defensively at times but given his age, that’ll improve. United would be daft to let him leave given his potential and versatility. Can’t see it happening.

I can’t for the life of me see how United are in a position to tell him he can leave.

They needed AWB to replace Valencia, so who would replace Dalot?

It makes no sense.

Eeeeeeww, This is BS from standard, I can't stand this.

This is just stupidity. Dalot is in top 30 youth players. #GlazersOut ut

Update: It seems as though the Evening Standard made an error in claiming the Reds have allowed Dalot to leave this summer. Instead, the report has changed the name to Matteo Darmian who is deemed surplus to requirements. 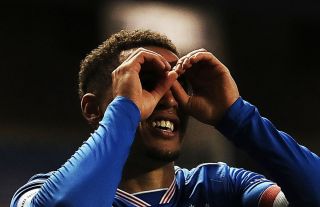 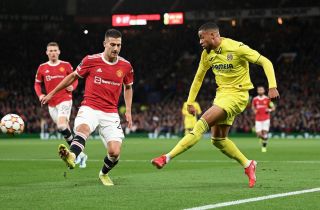