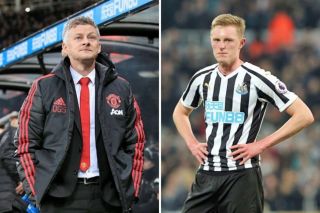 That comes from the Daily Star, who claim that the Norwegian has prioritised Longstaff as his third summer signing, following moves for Aaron Wan-Bissaka and Daniel James.

The report states that Solskjaer wants a deal for the 21-year-old to be completed before the Reds fly out for their pre-season tour of Australia on July 8th.

The United boss has has reportedly sent scouts to watch Longstaff at least three times since taking over at Old Trafford following Jose Mourinho’s departure.

Despite having limited experience in the Premier League so far, it is clear Longstaff has huge potential and there is something that Solskjaer sees in the midfielder that excites him. Longstaff would fit the mould of young, exciting homegrown talent that seems to be United’s recruitment plan this summer.

However, the Reds need at least two midfield signings this summer and Longstaff would be complimented well with a more established star such as Sporting Lisbon captain Bruno Fernandes, whom the Daily Star’s report claims United have already held talks with.