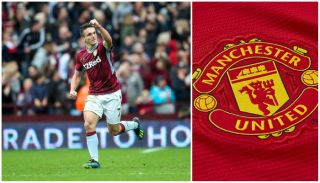 The Norwegian coach is currently working towards strengthening his squad after finishing sixth in the Premier League last season, whereas Villa came through the play-offs and achieved promotion to the top-flight – with McGinn named Man of the Match as Dean Smith’s side beat Derby 2-1.

That means both teams will face one another at least twice next season, and The Sun claims that the Old Trafford club are readying an offer for Villa star McGinn, but apparently they want a staggering £50m for the Scotland international.

How on earth has Villa — or even The Sun — come up with that valuation? McGinn is no more than a Championship player yet, so no matter how good he looked last season the real test is around the corner…

The 24-year-old only joined Villa a year ago from Hibernian and the report states United have made background checks ahead of their approach. Last season he scored six goals and provided 10 assists in 40 Championship games.

However, it is understood that Villa are also trying to get McGinn tied down to a long-term deal, which suggests they are planning ahead before more Premier League clubs see him next season.

But someone at United has clearly flagged him up as a potential good signing.

United completed the signing of Aaron Wan-Bissaka on Saturday, with the England U-21 international joining Daniel James on the list of arrivals for the summer.

Who will come in as the third signing?