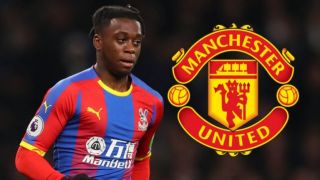 February 25, 2018. Crystal Palace are preparing for a Premier League game at home to Spurs. They have more players on the treatment table than they have available for selection and a crisis in defence.

Right-backs Joel Ward and Martin Kelly are both out. Reds loanee Timothy Fosu-Mensah is needed in central defence because so many other players are injured. Eagles manager Roy Hodgson hands a professional debut to a player few in the ground had even heard of: an English 20-year-old of Congolose heritage by the name of Aaron Wan-Bissaka. You’d have got long odds on that very same young man quickly becoming Manchester United’s fourth most expensive player ever. Only Paul Pogba, Romelu Lukaku and Angel Di Maria have cost us more. Exalted company indeed.

Fast forward a year, and Wan-Bissaka is now among the most sought-after young players in English football. He has the kind of vital statistics that make football’s data analysts drool, and the Croydon boy has burst on to the scene with a stunning breakthrough season in south London, his first full campaign at the top level. ‘Rapid rise’ hardly begins to cover it. Leading the way for tackles, take ons and interceptions, Wan – Bissaka, statistically at least, is the real deal.

The saying goes that you don’t know what you’ve got until it’s gone. Eight years on from the retirement of the last Manchester United full-back worthy of the name in Gary Neville, and following the signing of Wan-Bissaka, the Reds finally look set to once again possess a full-back that doesn’t make cover us our eyes in horror.

From the reckless Rafael, the consigned to oblivion Matteo Darmian via the never-quite-good-enough winger turned full-backs Antonio Valencia and Ashley Young, the United right-back berth has gone from a beautifully maintained, well trodden footpath of Neville and co. to a polluted and abandoned wasteland in recent years.

Consigned to the history books are the days of craned necks as Young’s umpteenth cross ends up ten rows back in the Stretford End, and the howls of derision as another corner trundles tamely into the shins of the nearest opposition defender. Gone for good is United’s penchant for the makeshift, the make do and mend that has epitomised our fall from grace. No disrespect to Messrs Valencia and Young – both loyal and long-serving – but both have become synonymous with United’s dated mentality.

Wan-Bissaka may be, in my view, £20m overpriced after one season at this level but, still only 21, he is both our present and our future. The second summer signing in Ole Gunnar Solskjaer’s new, fresh transfer policy of recruiting the cream of young British talent, Wan – Bissaka is well equipped to serve United for more than a decade. When you look at it like that, and consider the fact that his fee probably reflects the current going rate for any decent full-back, then 50 million doesn’t look so steep after all. If Juan Bissaka is worth that much, then what’s the demand for two Wan-Bissaka’s (sorry, see what I did there?).

Worlds apart from the moribund mob that masqueraded as their predecessors, the prospect of Wan-Bissaka in tandem with Diogo Dalot (one year AWB’s junior), is enough to have United fans excited again. Regarded as two of the best young attacking full-backs on the continent, the pair – together with Player of the Year Luke Shaw – will ensure that United’s full-back positions are in rude health again. There is lots to admire about Solskjaer’s Old Trafford ideology, now we just need to crack on with getting a midfielder and a centre back or two.