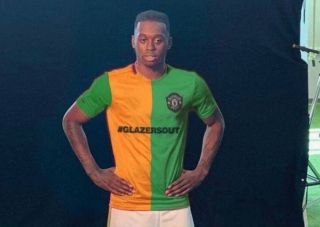 With the signing of Aaron Wan-Bissaka confirmed, we can breath a sigh of relief knowing Ole Gunnar Solskjaer has a solid right-back to make use of next season and not Ashley Young who, let’s face it, is a liability in a defensive role.

It’s a great signing, one we can get excited about because the 21-year-old seemingly has a bright future ahead of him, and with a 5-year deal at United we can now sit and watch a top young player blossom.

But United fans have not put their hatred of the Glazer family to one side just because the club announced a new signing. Instead, Reds responded on Twitter with #GlazersOut tweets to show their message won’t be quenched by an expensive transfer.

We totally back the message, too. It’s not disrespectful to Wan-Bissaka and I hope we’d do the same if it was Cristiano Ronaldo we were signing.

Check out some of the #GlazersOut tweets below:

Thanks for a great signing and great work by the team. We need more! pic.twitter.com/G1HdiNlD7r

Sadly due to other factors within the club we cant celebrate it as much as we want to#GlazersOut pic.twitter.com/QwZuVPolB3

About bloody time. Well done for sucking the excitement out of yet another signing by delaying the announcement for absolutely no reason yet again. Ornstein confirmed it and AWB’s family posted the photos TWO days ago.

The best right-back United have had since Gary Neville! Fantastic signing, and a great day for yourself!

The fans are going to love you, make no mistake.#GlazersOut pic.twitter.com/MeR3sEEIVH

Imagine a club like Manchester United going 10 years without an ‘actual’ first-choice RB.