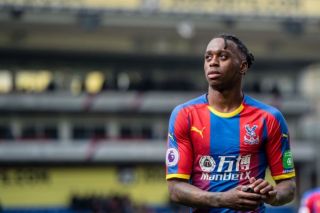 Manchester United legend Andy Cole is not concerned about the price the Reds will have to pay to secure the services of England u21 international Aaron Wan-Bissaka.

According to Sky Sports reporter Kaveh Solekhol, a five-year deal for Wan-Bissaka is all is complete and we are awaiting an official announcement for the player imminently.

Wan-Bissaka’s reported £50m price tag has been questioned this week, with some claiming it is far too much for a player who has only experienced one full season in the Premier League at Crystal Palace.

But ex-striker Andy Cole believes the youngster’s fee will soon be forgotten if he starts performing in a Manchester United shirt.

“Nowadays, everyone has a big fee. Hopefully Aaron can just go there an embrace it.

“I hope he as a real good start to the season and hopefully we will stop talking about the fee and won’t be judging him on the fee,” Cole said on TalkSport.

Cole recognises just how big a move this is for the 21-year-old defender.

“In Aaron’s case it’s a massive, massive leap, in one season doing extremely well for Crystal Palace and then moving to Manchester United.

“I’m more than happy for the kid. He proved just how good he is last season and he’ll improve at Manchester United. He’ll be playing with better players.”

I share Cole’s optimism over Wan-Bissaka and we should not be worried about the asking price for the player as it was imperative to sign a right-back this summer.

Wan-Bissaka is already superb defensively and excels in one-on-one situations; he will undoubtedly improve Ole Gunnar Solskjaer’s side next season.