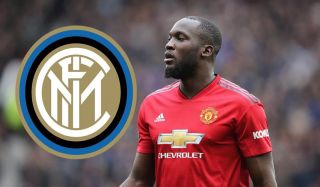 After a disappointing second season at Manchester United, Romelu Lukaku has been heavily linked with a move to Italian giants Inter Milan.

The Belgium international, according to Sky Sports, is subject a £9m offer which would see him join the Nerazurri on loan for 2 seasons before an obligation to buy for £54m. It is reported that the offer will be made in the next 24 hours.

The striker arrived at Old Trafford for £75m after leaving Everton, as reported by BBC Sport, and he initially hit the ground running to score 27 goals in all competitions during his first season at the club.

However, last season the 26-year-old netted just 15 goals which is a significant drop from 2017-18. Lukaku was also criticised for his poor ball control and holdup play leading Ole Gunnar Solskjaer to drop him for Marcus Rashford after initially coming in as caretaker manager.

Now Solskjaer has the job on a permanent basis, it is understood that Lukaku doesn’t suit the manager’s preferred style of play.

United are currently undergoing a rebuild under Solskjaer – with Daniel James joining the club from Championship outfit Swansea City and Crystal Palace full-back Aaron Wan-Bissaka on the brink of becoming the latest acquisition – and he may look for a new centre-forward in the transfer market to bolster the Red Devils’ attack.

Who does Solskjaer want to sign for that role remains to be seen, but United are being linked with a move for Sevilla striker Wissam Ben Yedder (via talkSPORT), who you will remember from scoring two goals within four minutes to knock United out of the Champions League in 2017-18.