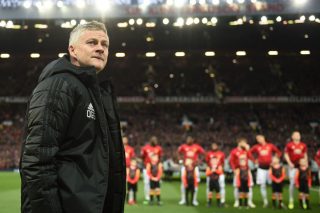 Manchester United are close to confirming their second signing of the summer, with an announcement for Aaron Wan-Bissaka expected imminently.

Wan-Bissaka will join Daniel James as another exciting prospect to move to Old Trafford this summer. However, this should be just the beginning of United’s transfer business with a huge overall still required to bridge the gap from the unacceptable 6th-placed finish last season.

We are hoping Ole Gunnar Solskjaer can get at least three more names through the door before the window slams shut on August 8th.

Some of our writers at Stretty News have had their say on who the Reds should be targeting between now and the end of the season.

Bruno Fernandes – It appears as though United have been working on this a while, so I’d like to think they will get the deal done before pre-season preparations begin, which is pretty soon. I haven’t seen a lot of Fernandes, but from what I have seen it’s no wonder his goal return for a midfielder was so high last season. We need more creativity going forward – Paul Pogba doesn’t seem to be in the right team to produce that, or simply isn’t arsed – and someone who has the nerve to take risks in and around the box. The Portuguese playmaker likes a pop from distance.

Declan Rice – Enjoyed his rise to prominence last season and looked a footballer well beyond his years when United travelled away to West Ham. We were shocking that day but Rice grew as the season went on. He has what it takes to play in central defence too, but it’s important for Solskjaer to find a quality defensive midfielder and I think we should keep testing the wasters with West Ham.

Toby Alderweireld – Why are we fussing over Harry Maguire when there’s a better defender available this summer for £25m, knowing Spurs have yet to strike a new deal with the defender, keeping his buy-out clause low this summer. Obviously I’d rather Kalidou Koulibaly or Matthijs de Ligt but let’s not forget who our owners are…

Wilfred Ndidi – The Nigerian defensive midfielder is the type of player the Reds have needed for years now. Ndidi played every game for Leicester City last season and will add the consistency in midfield that Solskjaer has been lacking in the likes of Fred and Nemanja Matic – who is unfortunately past his best. The 22-year-old has youth on his side and is a tireless runner with and without the ball. Ndidi’s passing ability still needs working on – but he could be perfect in Solksjaer’s midfield next season, providing balance if the Reds also sign the likes of Bruno Fernandes from Sporting Lisbon.

Hachim Ziyech – The 26-year-old was fantastic for Ajax last season in their run to the Champions League final. Ziyech was directly involved in 25 goals from 26 appearances from the right wing position last season and would be surely be a no brainier with his buy-out clause believed to be around £25m. Despite not being blessed with the best pace, Ziyech makes up with it with his wonderful technical ability and could be a perfect long- term replacement for Juan Mata on the right-hand, another position of weakness for United.

Toby Alderweireld – The Belgian defender is an obvious choice to fill the key area of weakness in Solskjaer’s side. The Reds should not be held to ransom for Leicester’s Harry Maguire, and Napoli defender Kalidou Koulibaly seems unattainable at the moment. Alderweireld has proven his ability in the Premier League and Europe with Spurs and does not seem keen to extend his stay at the club. The 30-year-old is a commanding presence in defence but also provides excellent distribution to midfielders and forwards; I could see Alderweireld slotting in well alongside Victor Lindelöf in defence next season.

Toby Alderweireld – The Spurs centre-back is widely regarded as one of the finest exponents of his craft in Europe. It’s true he may now be 30, but he’s still got a good few years left yet and we desperately need a player like him in a defence so clearly lacking an experienced leader. United’s preferred target is believed to be Harry Maguire from Leicester, but I’d much rather see the Spurs man come to Old Trafford.

Bruno Fernandes – The future of Paul Pogba may remain uncertain, but whether the Frenchman stays or not, United need midfield reinforcements. With Ander Herera having moved on to pastures new, and an upgrade on an ageing Nemanja Matic a matter of urgency, Sporting’s in-demand Portuguese international would break the mould of Ole Gunnar Solskjaer’s preferred transfer strategy, but there’s no denying he would make a difference to the side.

Mauro Icardi – This one is dependent on Romelu Lukaku’s seemingly imminent move to Italy and Internazionale. if that happens, then we could do a lot worse than Icardi coming the other way. A much maligned and controversial figure at the San Siro, the Argentine striker would not come cheap however with a fee potentially in excess of £60m. There is much to admire about Solskjaer’s recruitment of young British talent, but a sprinkling of stardust is also needed.

The wailing and wringing of hands by reds fans seems to have been satiated somewhat by the recent arrival of Daniel James and the impending one of Aaron Wan Bissaka. It was imperative that fresh faces arrived to bolster a squad which faded off badly towards the end of the season and to address problem positions in the squad. Any transfer window will always see the club linked with a multitude of different players. Whether they be young or old; home or abroad. As supporters, we can generally have our ideal set of signings to arrive. Some of these are prosaic; others will be pushing the realms of fantasy.
I am putting forward the three arrivals I would wish to arrive at the club before the deadline closes. That is not to say the club should limit themselves to just these three. They would be a decent start however!
Youri Tielemans – First seen at Old Trafford when Anderlecht took us on during the Europa League campaign of 2015/16. The more experienced home midfield would have been expected to exert their dominance on the younger Belgian visitors. He impressed greatly as they took Utd to extra-time in the encounter. Even when ahead, his precise movement and passing kept home fans on nerve until the final whistle. It is true that a move to Monaco did not work out as expected. Considering the state of upheaval the club has been in with an exodus of players and rotating coaches, he could be forgiven for it. Premier League fans were given a taster of his gifts during his recent loan spell at Leicester City. Constantly looking to link up play, he provided them with a launch pad for their attacking talents. Almost in the same vein as Estiben Cambiasso.
Tielemans has also become an integral element of the Belgian national side. No mean feat for a player in his early twenties. His passing and forward bursts displayed the amount of faith put in him and what he can bring to any team. Monaco, as is their nature, will probably look to cash in on him during the summer. And the expected fee is not that high. Clubs bigger than Leicester would be expected to be in competition for his signing. United should really aim to land a player of his talents.
Toby Alderweireld – In case anyone is wondering; I am actually pointing out yet another Belgian international. We are both called ‘The Red Devils’ after all! I am not going to suggest we move the club over to Brussels just yet. It would be remiss of us to squander such an opportunity regarding Alderweireld, however. He is a player who has played in a number of different leagues and been a dependable and cultured presence in all of them. Starting off with Ajax, then to Atletico Madrid and now with Spurs. He won three consecutive titles with the Amsterdam side, La Liga and a Champions League final with the Spanish giants and a key part in Tottenham’s best ever league and defensive records. And a mainstay of the national team which finished with its best ever placing in a international competition.
Fans may point towards the defenders age and record of injuries in recent seasons. The club should be better placed to sign younger players. It would be remiss to fall for that though. Despite more competition for spaces in his position than in previous seasons, plus a series of injuries, he still managed to clock up 50 appearances. And was a cornerstone in the defense which reached last season’s Champions League final. It would be ludicrous to take up the option of a reported 25 Million fee. He could add such an element of strength and composure to our defense.
Declan Rice – Much has been said about the young midfielder’s decision regarding his choice of international side. That is another debate for another day. What should be concentrated on is the fact that he has settled well into the higher level. Used as defender or midfielder at times by West Ham, revealed him to be adapt in both roles. Tall, quick and strong in the tackle but also neat and controlled in possession. He seems to tick all the boxes. The Hammers are known for producing gifted players in the middle of the park and he could be the next major star. He controlled affairs during the encounter at the Olympic Stadium and played equally well in the narrow loss at Old Trafford.
With the departure of Maraoune Fellaini and Ander Herrera gone, Nemenja Matic experiencing something of a decline in performances and doubts regarding the future of Paul Pogba, means that we are currently light on options in that position. West Ham are not under pressure as it stands to sell but a firm bid could test the waters properly. Given his youth and all-round strengths, he could be an asset for years to come.