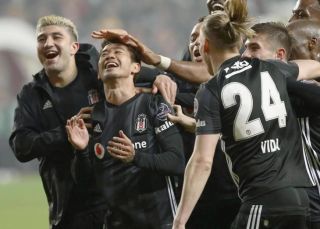 Reports in Turkey are this week claiming that West Brom are rivalling Slaven Bilic’s former club Besiktas in the chase for Borussia Dortmund playmaker Shinji Kagawa.

The Japanese star, now 30, spent the second half of last term on loan with the Turkish Super Lig outfit after struggling to impress at the Westfalenstadion.

Once a key player for the Bundesliga side, Kagawa left BVB for United in 2012 and stayed at Old Trafford for two years. He was never quite able to replicate the form he previously showed in Germany when it came to the Premier League, and it was a shame things never quite worked out because he was a signing United were excited to have made.

NEXT: £27m-rated Arsenal target would be perfect for Man Utd; Bundesliga side ‘willing to sell’

Despite reports, which have been cited by Birmingham Live, the Baggies are not seen as the front runners for Kagawa’s signature. It seems a bit far-fetched to think he would move there and not have better options available to him than a Championship club.

This is a player who almost ruled Europe with BVB under current Liverpool boss Jurgen Klopp, a player who epitomised the beautiful player that side played.

Back in April it was reported by The Sun that Everton and West Ham were tracking Kagawa. Unless he is completely put off at the thought of returning to the Premier League, those two clubs would represent good moves for the former United man.

Like I say, it’s a shame Kagawa never worked out at United. There could be a few factors as to why it never came together for him in Manchester but we’ll leave that for another day.

Maybe when he makes a decision on his future!