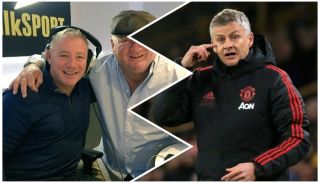 You can see from the players Manchester United are trying to sign this summer that the club is focusing on bringing in a new generation of players. Daniel James is done, Aaron Wan-Bissaka will be soon, while Sean Longstaff is reportedly next in line.

Former Rangers manager Ally McCoist hopes Ole Gunnar Solskjaer and his plan at Old Trafford works and has a future.

Speaking on talkSPORT, McCoist said: “I hope he [Solskjaer] gets the opportunity to beat the fruits of it. If you bring in youngsters like that, the chances are they won’t gel immediately.”

McCoist continues by claiming he can’t see the Red Devils competing for the Premier League title this season, saying: “I don’t see, no matter who United sign, them challenging the top two. But I would certainly hope and expect Ole to be given the opportunity to see the fruits blossom. If he’s going to go down the route of signing youngsters, fair play to him.”

Solskjaer wanted most if not all of his summer business done by the start of pre-season – July 1st – and that looks unlikely now.

The club still hasn’t appointed a technical director, which they promised to do when getting rid of José Mourinho in December, so Solskjaer hasn’t had the greatest of backings starting off.

And, at this rate, we should have at least two deals finalised before the lads get back to training.

Wan-Bissaka should be completing his medical in Manchester this evening, joining former Swansea City winger James by becoming a United player.

Watch this space but it’s like to see Solskjaer has the backing of McCoist, even if he says we won’t compete for the title next season. We know United won’t be up there at the top over the next 12 months but still need to show signs of improvement.