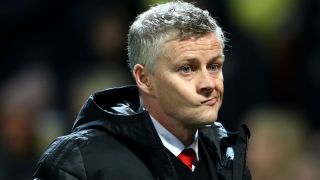 Adrian Durham has been addressing some of the issues concerning Manchester United on Talksport.

United are currently in disarray after last season’s 6th placed finish with a weak squad, no leaders and seemingly no clear recruitment plan.

Durham, known for not holding back in his passionate rants, does not deny that there is a massive problem with the Glazers, the owners at Old Trafford.

But the Talksport presenter looks at the wider causes of United’s problems on the pitch, suggesting there is an overall issue with leaders and there is no one taking the club in the right direction.

Co-host Darren Gough, like many of us fans, can also not understand why a director of football has not been appointed by the club yet. What is the wait?

Moreover, Durham focuses on the timing of manager Ole Gunnar Solskjaer’s appointment and questions his credentials as United boss, following his relegation with Cardiff and his only success at Norwegian side Molde.

We feel Solskjaer deserves time as United boss, and must be given the opportunity to work with his own players. But there is no doubt problems are there at the club and these are highlighted in the video below.

“There’s a massive issue with the Glazers and is never deny that.”

“There’s an overall issues with leaders.”

“They need a proper captain, manager, director of football and chairman.”@talkSPORTDrive on #GlazersOut protests and leadership at #MUFC. 🔥 pic.twitter.com/JBxItwAoOS