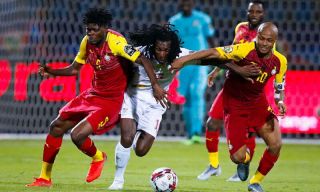 Manchester United fans liked what they saw of Thomas Partey after a recent performance for Ghana.

The 26-year-old midfielder featured last night in the African Cup of Nations against Benin.

Partey has been linked with a move away from Atletico Madrid this summer, with United reported as a possible destination, as per Daily Mail, with the player’s agent revealing his client’s £43.5m buy-out clause.

NEXT: Agent due in London for talks with Man Utd over £70m-rated transfer target

With Spurs now in a strong position to complete the signing of Lyon star Tanguy Ndombele, the Red Devils could look to Partey as a viable alternative option.

His involvement in the AFCON means we’ll have to wait a little longer to work on a potential deal, but that depends on whether the club wants to make a deal happen.

Sporting Lisbon ace Bruno Fernandes appears to be taking priority at the moment though, with his agent in London today for talks with United, as per The Mirror via O Jogo.

A look below shows what United fans made of Partey’s performance last night. It sounds like he impressed!

I would love to see Thomas Partey in the midfield for United. Proper player

Thomas partey is so unreal #Mufc