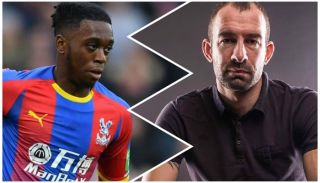 Manchester United are closing in on a deal to sign Crystal Palace right-back Aaron Wan-Bissaka, a transfer that has received the approval of ex-Red Danny Higginbotham on Twitter.

Make no mistake about it. Wan-Bissaka is an exciting signing for the Red Devils and should be the club’s right-back for the long-term future. A clever investment if it works out, but costly if it doesn’t.

That’s some of the pressure AWB now has the deal with as a United player.

But the Palace defender has earned the praise of someone who has represented United as a player. A nice boost before his imminent move to Old Trafford.

If Wan-Bissaka deal is nearly done then it’s a great signing for United and hopefully the beginning of an identity that’s been lost over last few years. Young hungry players who have room to grow is the way forward rather than too many quick fixes over recent seasons.

It’s the perfect time to make the signing with Antonio Valencia after departing the club.

Ashley Young couldn’t be our main right-back again for another season and Diogo Dalot still requires a lot of work.