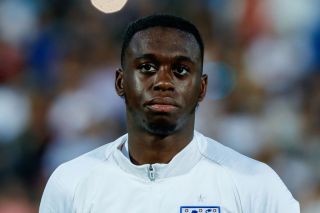 Breaking news has emerged from The Independent stating that Manchester United have made progress in negotiations to sign Crystal Palace right-back Aaron Wan-Bissaka.

All summer the Red Devils have been linked with a move for the England under-21 international. Finally, it looks like we’re taking a step towards completing a deal for the talented youngster.

To back up the claims, the ever reliable BBC journalist David Ornstein says United have reached an agreement with Crystal Palace in a deal worth £50m. It may seem like a lot now – but this is a long-term investment. Hopefully a success one at that.

BREAKING: Man Utd have reached an agreement with Crystal Palace to sign Aaron Wan-Bissaka in a deal worth £50m. 21yo likely to travel north imminently for medical & to sign long-term contract on £80/90kpw (up from £10kpw). #MUFC retain 25% sell on clause for Wilfried Zaha #CPFC

I have every faith in Wan-Bissaka being the right buy for United.

We need young, talented and hungry players to get United back where it belongs at the top of football.

AWB has the potential to be United’s main right-back for a long time. Let’s hope he has what it takes and hits the ground running next season, should this cross the line without any complications.