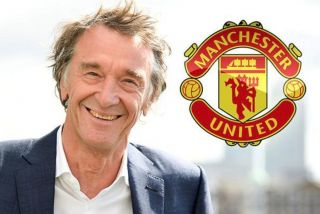 Britain’s richest man, Sir Jim Ratcliffe, is said to have enquired over the possibility of buying Manchester United from the Glazers but was put off by the asking price, according to utdreport.

Ratcliffe was named the richest person in Britain in 2018 with a net worth rising to £21.05 billion.

The 66-year-old is a United fan and said the following back in May, as per The Sun: “I’m a tortured Manchester United fan. We [Ineos] have dipped our toe in the water with football,” he said when quizzed about buying a football club. Ratcliffe was linked with the purchase of Chelsea at the time – which never happened.

But the tension has risen once again on the Glazer family with United fans launching a #GlazerOut trending campaign on social media. It is said to be the reason MUTV axed two phone-in shows over the next two weeks.

There were rumours that Saudi Arabian Prince Mohammed bin Salman pondered the idea of buying Manchester United, but nothing came of it.

It will be interesting to see if anything comes of this though. United are in bad hands and have been since 2005. The footballing identity of our club has gone missing – sucked out by commercial prioritising,

Time will tell if Ratcliffe is still interested in buying United.