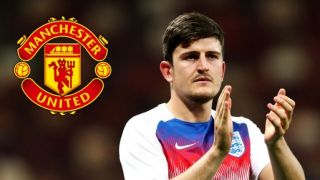 Manchester United and Manchester City are both prepared to pay £65m for Leicester City and England defender Harry Maguire, according to Sky Sports.

Maguire has been heavily linked with a move away from Leicester all summer, with both Manchester clubs said to have held talks with the defender.

It now seems United are ready to make a move for the 26-year-old, who is open to a move to a top-six side this summer.

Maguire has been impressive since joining Leicester City two seasons ago, and made his mark at the World Cup in England’s route to the semi-finals.

The Reds are crying out for a centre-half this summer and Maguire looks to be one man on their radar. However, the £65m for the player seems excessive for someone who has yet to prove himself as a world-class defender.

United should be well prepared to miss out on Maguire to rivals Man City who have the draw of an established squad and Champions League football. Alternative targets should be looked at in the meantime as it is vital Solskjaer has a new central defender in the team next year.