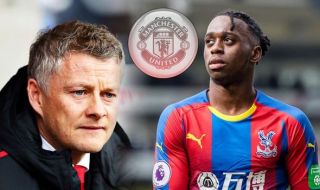 A report from the Evening Standard suggests Manchester United want the signing of Aaron Wan-Bissaka completed this week.

They news outlet claims United’s chief negotiator Matt Judge has been in talks with Crystal Palace in recent days as attempts increase to finally reach a breakthrough in a deal that should see Wan-Bissaka move to Old Trafford.

There has been a lot written about transfer fees and performance-related add-ons, but for the everyday football fan it only matters when a new signing is holding your favourite shirt.

Judge has allegedly been given the job to seal a deal for Ole Gunnar Solskjaer’s potential second signing of the summer. The club has already brought in Daniel James, the Welsh winger from Swansea City who is being tipped as a speed merchant for counter-attacking football.

England’s premature elimination from the European Under-21 Championship puts Wan-Bissaka in a position that he could complete his transfer from Selhurst Park as early as this week.

It would benefit Wan-Bissaka to be around his new team-mates as early as possible, ensuring that he gets a full pre-season before his debut campaign in a United shirt.