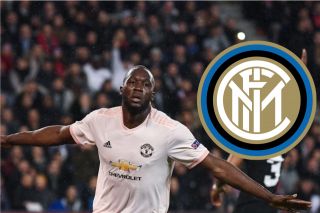 The Lukaku situation hasn’t changed. Inter still need to shift Icardi to raise the funds to move for Lukaku, with United determined to recoup their 2017 outlay. One example of this summer’s transfer window log jam #mufc

The reliable journalist reports that Inter Milan are still trying to raise funds to sign the Belgium striker, by selling Mauro Icardi.

This could see the Lukaku saga drag on throughout the summer, which would be far from ideal. It would be much better if the Red Devils could get it done quickly and start preparing for the new season with a new centre-forward.

We can’t forget about Marcus Rashford, but he has yet to prove he can be a 20+ goal per season striker and that will become an issue if he’s our only option next season.

Ole Gunnar Solskjaer has had his first few months to get to know the players. It’s worrying that he warned players would be leaving and United have yet to get rid of one!

Moreover, there is nothing to suggest United want Icardi.

Click here to read about why we think Icardi would be the wrong player for the Red Devils.