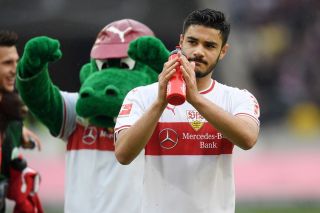 Manchester United are set to win the race to sign Ozan Kabak from Stuttgart, a report claims.

The Red Devils are on the hunt for a centre-back this summer after missing out on one a year ago, despite calls from former manager José Mourinho to sign one.

However, Kabak isn’t a defender we know a great deal about, so I’m not quite sure who reliable the reports are…

They’re said to have originated from German source Kicker before being cited by AC Milan blog Sempre Milan. The Italian giants were also said to be tracking the Stuttgart defender, who allegedly has a clause in his contract which allows him to leave his current club for £13.4m this summer.

The 19-year-old may not be the solution to United’s problems, though he is bound to be better than what we’ve already got because another season with Phil Jones or Chris Smalling – maybe both – is frightening to think about.

Stuttgart were relegated last season but Kabak is still said to have shone in the Bundesliga. The Metro also linked Bayern Munich as one of many clubs eying up the defender.