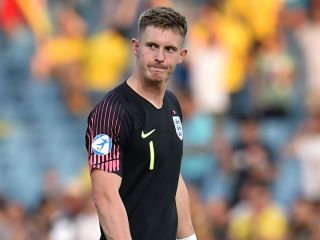 Manchester United and England goalkeeper Dean Henderson has reacted to England’s hugely disappointing exit from the u21 European Championships.

England were tipped by many to do well in the tournament given their depth of young talent. Aidy Boothroyd’s side boasted the likes of James Maddison, Aaron Wan-Bissaka and Phil Foden, yet have still failed to reach the knockout stage of the tournament.

The Young Lions lost late on in a dramatic opening game against France where Henderson provided an excellent penalty save to keep out Lyon striker Moussa Dembele. More shockingly, they then went on to lose 4-2 against Romania to confirm their group stage exit, where Henderson himself was at fault for one of the goals.

NEXT:Aaron Wan-Bissaka could undergo Man Utd medical ‘next week’ ahead of £55m transfer

Henderson will now return back to England after tomorrow’s dead rubber game against Croatia as uncertainty still remains over his future.

The goalkeeper is widely expected to return to Chris Wilder’s Sheffield United, with whom he helped get promotion to the Premier League last season with some excellent performances in the Championship.

It will be beneficial for Henderson to get game time as a Premier League goalkeeper next season. Who knows, he could be United’s no1 in the near future if David De Gea decides it’s time to depart.

Check out Henderson’s motivational reaction below:

I’m grateful for all my victories. But I’m also grateful for my losses. Because they only make me work harder🔜🔛🔝 pic.twitter.com/YmfAqkl4sP 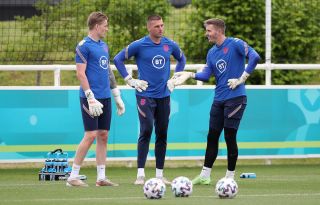