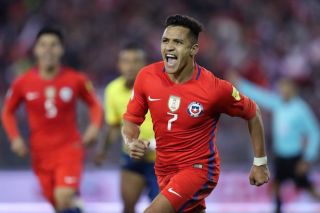 Chile manager Reinaldo Rueda suggested Manchester United are to blame for Alexis Sanchez’s drop in form after the country hero scored for the second consecutive game at the Copa America.

“He has the motivation, affection and some relationships that he has in the national team and maybe he didn’t have them in Manchester,” Rueda said following Chile’s win over Ecuador, as per Manchester Evening News.

“He arrived at a difficult, inopportune moment, perhaps in the most unbalanced United in recent years.”

But the point Rueda is missing is that Sanchez joined United as an established Premier League star. He’d previously played for Barcelona!

This signing was supposed to help put José Mourinho’s United on the next level and it ultimately backfired in more ways than one. Everyone outperforming the Chile international wanted the same wages or more, and he has offered little to nothing on the pitch.

Let’s not forget how Mourinho kept playing Sanchez when fans thought it was time to bring Anthony Martial back into the team. The Portuguese coach believed in his man but it never clicked together. And, while other attacking players began to flourish under new manager Ole Gunnar Solskjaer, Sanchez was one of few who appeared stuck in the same old mud.

So, Sanchez and his pals in Chile can make as many excuses they want for his dip in standards, but don’t tell me after two goals in the Copa America that he’s the second coming of George Best.

The lad is finished at the top.