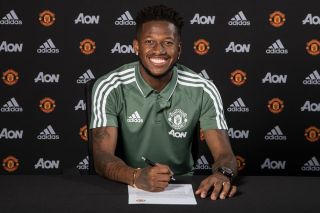 Finally, we all said, a big signing in midfield to take United up a gear or two. Manchester City wanted him a few months beforehand, so if Pep Guardiola liked him there must be a technically gifted player in there somewhere.

José Mourinho never seemed interested in making it work for the Brazil international. He just wasn’t his type of player, which makes you wonder what United were doing spending £52m (via The Guardian) on Fred in the first place?

His performances improved a bit towards the end of the season, but not to the level we expected when Fred joined. That may encourage Ole Gunnar Solskjaer to give him more opportunities next season.

At the same time, The Metro have linked Fred with a loan move to AS Roma, currently managed by his former Shakhtar manager, Paulo Fonseca.

Fred is super enthusiastic – but for a player who appears busy or even hyperactive, he goes missing a lot in games.

He should be starting more attacks from deep midfield positions. Next season, Solskjaer is going to want quick and smooth transitions from his side, and I feel United thought they were getting a player capable of doing that when signing Fred.

The question is whether he’s good enough for the Manchester United and the Premier League.

For years, many of United fans have complained about the midfield. Even during Sir Alex Ferguson’s final years we seemed one top midfielder away from having something special. The difference then was Fergie; he could paper up cracks in a team and still deliver Premier League titles — see the team for his final triumph in 2012/13.

Some players need a system to slot into or the right type of players surrounding them. I think United have too many of those midfielders and need to eventually stick with something. Fred is not alone in being an underwhelming midfield signing at United. See examples by watching Paul Pogba in a France and Juventus shirt.

I’m not making excuses for Fred. He had a crap first season and I don’t think he’ll make it at United long-term, but it’s worth considering how the amount of sh*t in this squad could drag down other players.

And, without a clear system in how we play, we are bound to reach dead ends.

It’s difficult to cast a proper verdict not knowing if Fred will be at Old Trafford next season. I’d definitely give him another year, but that’s it if he doesn’t pull his weight.

Solskjaer can’t afford to have any passengers which is why I’m concerned about the lack of players leaving thus far.

I will give him every opportunity to turn things around, but so many aspects of his game need to improve if he’s to have any chance. For instance, he can’t give up possession as easy. It kills our momentum and is probably down to concentration lapses.

All in all, I would be surprised if Fred is still a United player when the 2020/21 season kicks-off. Unless he improves drastically!