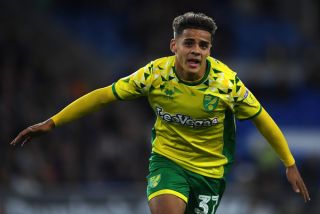 The Daily Telegraph is reporting that the newly promoted Premier League side are eager to keep the 19-year-old at Carrow Road. Aarons himself could be easily convinced to stay for their first year back in the top-flight, which could stand to him in the future experience wise.

The same piece states that the Red Devils had been monitoring Aarons as a potential alternative to Crystal Palace right-back Aaron Wan-Bissaka this summer. But how many players have we heard that about this summer?

Tottenham are also said to be interested in the England U21 international.

However, if Norwich want the best possible start in the Premier League, they are going to need a smart transfer strategy. And keeping their key players from last term is key.

Aarons is one of many full-backs linked with a move to Old Trafford this summer following Antonio Valencia’s imminent departure.

After completing just one signing this summer, fans are understandably becoming impatient and want to see deals done soon. Daniel James from Swansea City has been the only arrival thus far.