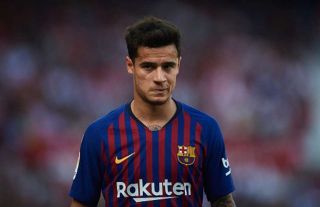 Manchester United, Chelsea and PSG have all contacted Barcelona for Coutinho

(who meanwhile, in spite of scoring a brace, has so far played horribly in Copa America)

We’ve rubbished Coutinho-to-United transfer rumours for long enough and have no plan to stop now.

Coutinho recently admitted he doesn’t know if he will stay at Barça and there is evidence to suggest they would have no problem cashing in on the former Liverpool star this summer.

The move to Camp Nou hasn’t been a good one for club or player – but you can be sure Liverpool had a good long laugh knocking them out of the Champions League last season with Luis Saurez in their side too.

Even if he wasn’t formerly of Liverpool, I still wouldn’t want him. Overpriced, overhyped and it’s definitely not going to happen.