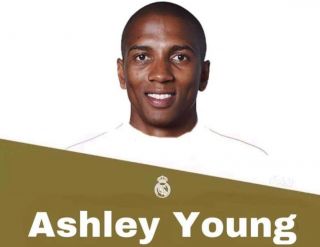 Not something you see every day…

It emerged when a Twitter user under the name @RealMadridCFi shared a professional looking photoshop of a graphic announcing that the Manchester United left-back had left Old Trafford for the Santiago Bernabeu.

While we can only assume most knew it was a p*ss take, I can imagine some naïve geezer screaming with excitement in his office whilst scrolling through his Twitter feed. He’d be a United fan too, obviously!

With ‘Comunicado Oficial’, the two words used whenever Real Madrid announce done deals, the tweet got over 9,000 retweets and 19,000 likes at the time of writing.

As funny as it sounds in hindsight, United made the controversial decision to give Young a new deal this year. There will be more said about that next season if the veteran features more than he should, so hopefully Ole Gunnar Solskjaer can address the problems at full-back and keeps Youngy for rotation or cup competitions.

No doubt Madrid fans found this one funny.