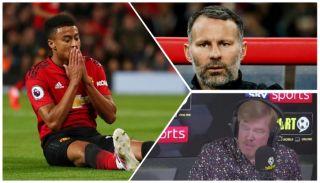 Jesse Lingard has been getting it from all angles on social media for a video he shared on Snapchat with Marcus Rashford and some of his mates on holiday.

While I can see why the footage has left so many annoyed, I don’t care about what he gets up to in his private life as long as it’s not putting him or others at risk of harm.

The bottom line is Lingard isn’t performing on the pitch, but if he was I think people would be less outraged by his antics on social media.